On December 27, 2018 and August 23, 2019, TFB published two articles about a specific DRD Tactical PARATUS and APTUS (AMG) rifle, which was purchased by an anonymous US ally in Asia. The country has signed a procurement contract with DRD and provided an unspecified number of both PARATUS and APTUS rifles. Last year, we discovered several photos of the two rifles used by soldiers somewhere in Asia through social media. Before we start, let’s first understand the DRD Tactical APTUS rifle.

The DRD Tactical APTUS is an American assault rifle manufactured by DRD Tactical, a firearms industry located in Georgia, specializing in the production of AR-15 rifles. Rifles manufactured by DRD Tactical are available in 3 calibers, namely NATO 5.56, NATO 7.62 and .338 LAPUA. The APTUS rifle can hold 5.56 NATO and .300 BLACKOUT. The word “APTUS” is taken from Latin and means “ready”. It has a patented internal recoil system, which eliminates the standard buffer tube/spring associated with most AR rifles, so that it can be fired with a folding stock and a quick-change barrel. The rifle can be assembled in less than 60 seconds without the use of any tools. Unlike the commercially available APTUS, the APTUS (AMG) rifle will be a select fire weapon (safe-semi-auto).

According to the article, the rifles will be shipped with 5.56 NATO barrels, 300BLK barrels and SilencerCo’s Chimera 300 sound suppressors. The delivery will be started in August and will be completed in Summer 2020.

The DRD Tactical PARATUS rifle is available in two barrel inches which are 16 inch and 20 inch.

According to the article, the rifle will be shipped with complete weapon systems which includes scopes, suppressors, bipods, hard cases, and backpacks. The contract delivery will start in 2019.

In late December 2020, our researcher discovered several photos of APTUS (AMG) and PARATUS rifles being used by Southeast Asian-looking soldiers through private accounts on Instagram. Apparently, the rifles were in the hands of Indonesian Special Forces, known as Kopassus. Based on the photos that we’ve discovered, most of the APTUS (AMG) rifles were fitted with standard attachments such as the Elcan SpecterDR scope, B.E. Meyers MAWL IR lasers, and both SilencerCo’s SAKER and Chimera Suppressors. Meanwhile, the PARATUS is mostly seen fitted with US Optics B-10 1.8-10×40 mm Scope, B&T Atlas PSR Bipod, and SilencerCo’s SAKER Suppressor (sometimes). 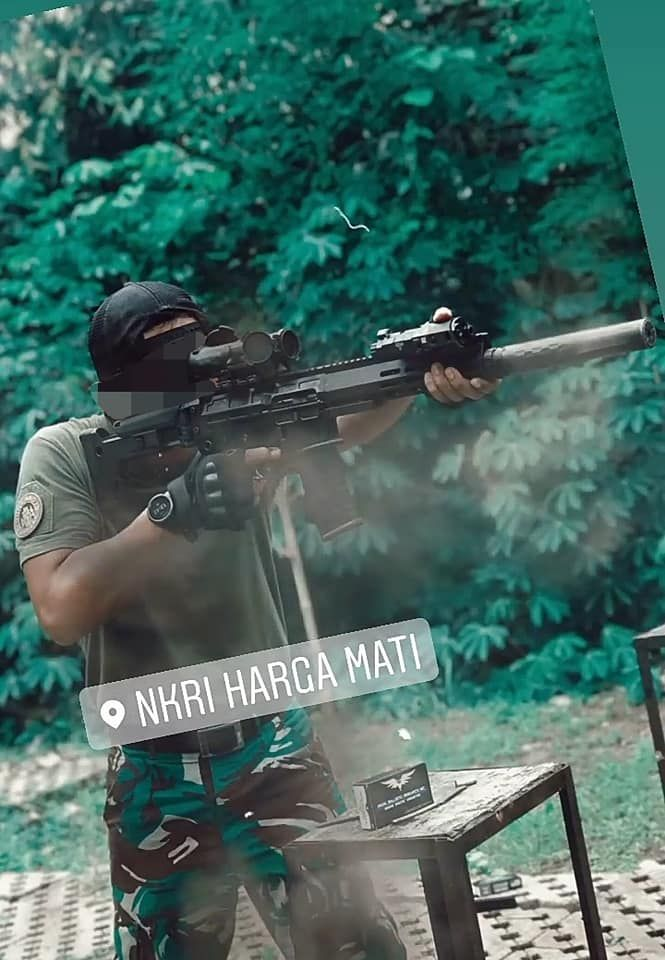 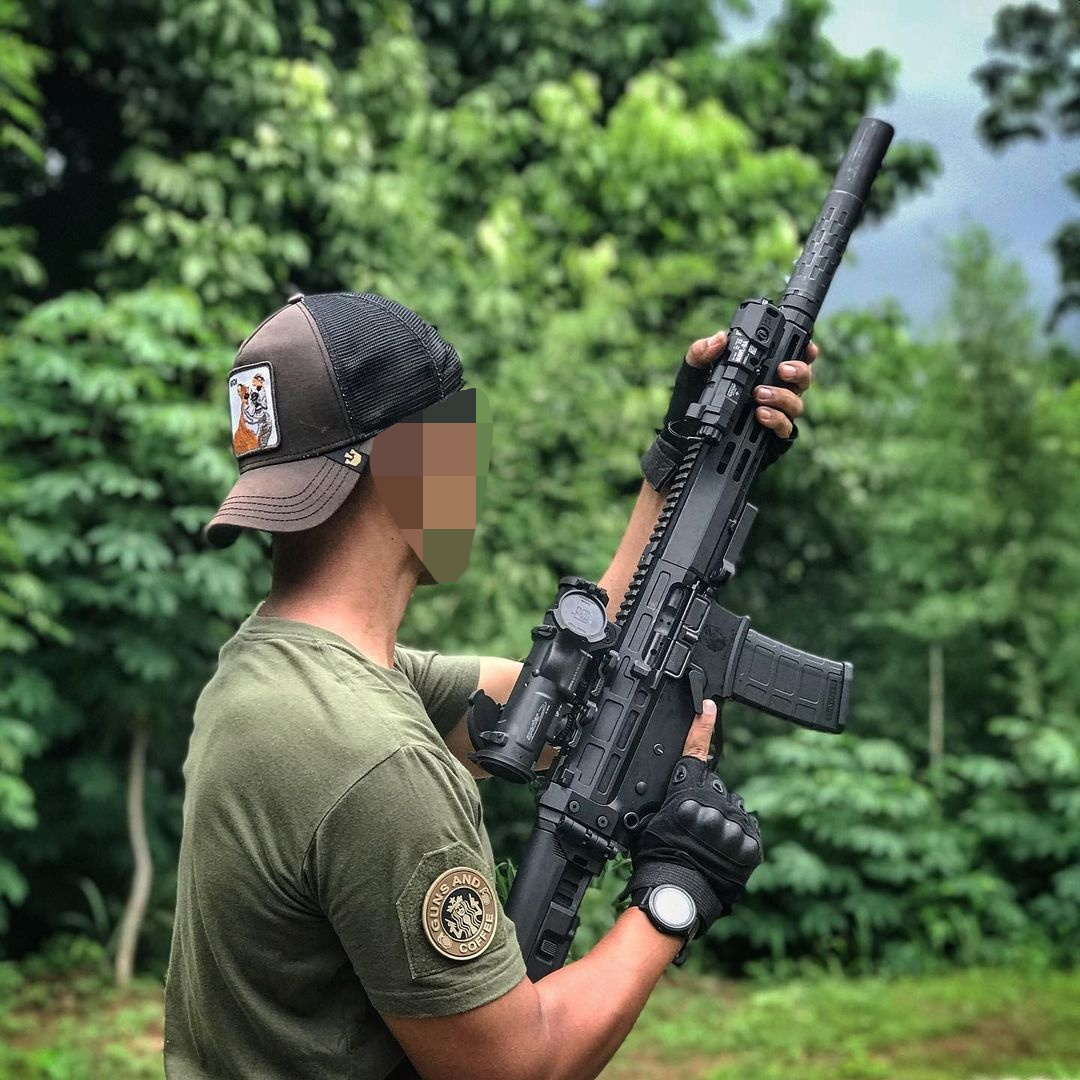 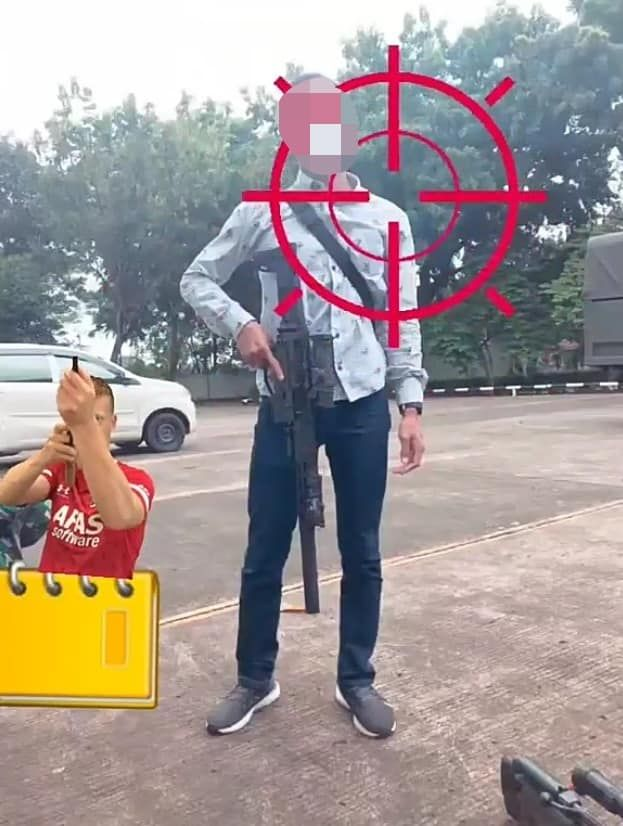 APTUS (AMG) rifle with the same attachments as previous picture 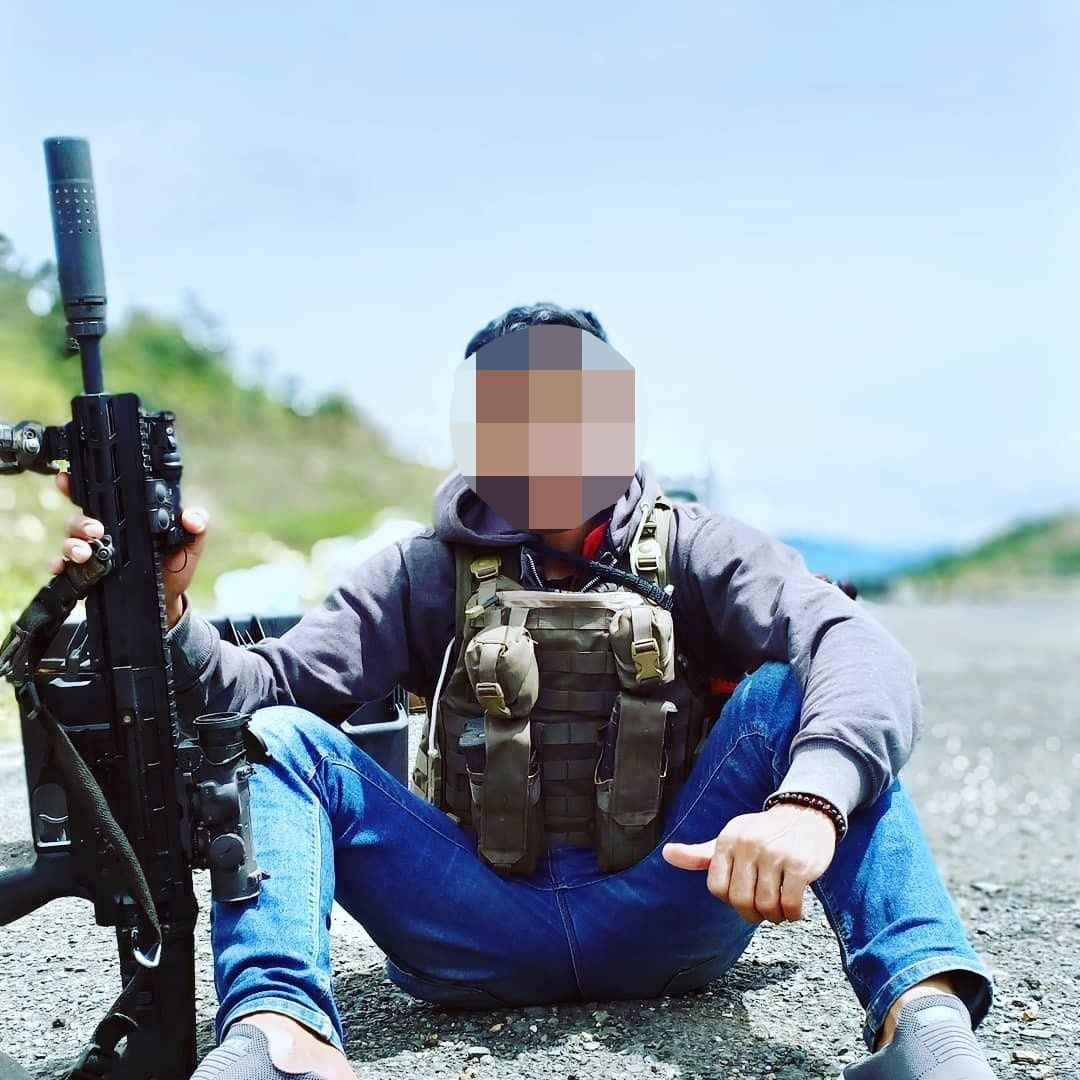 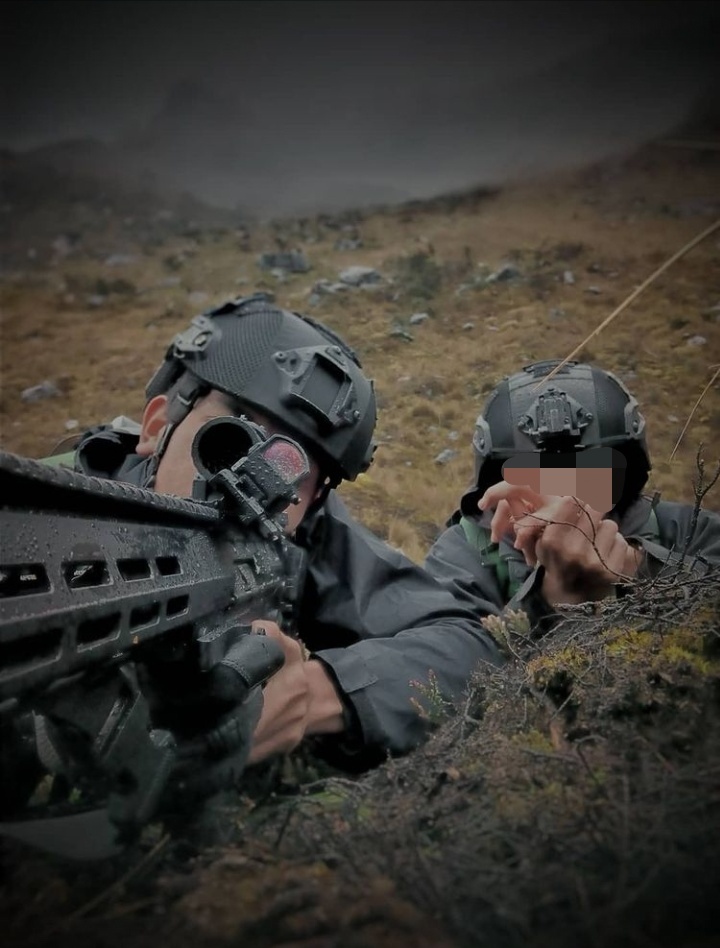 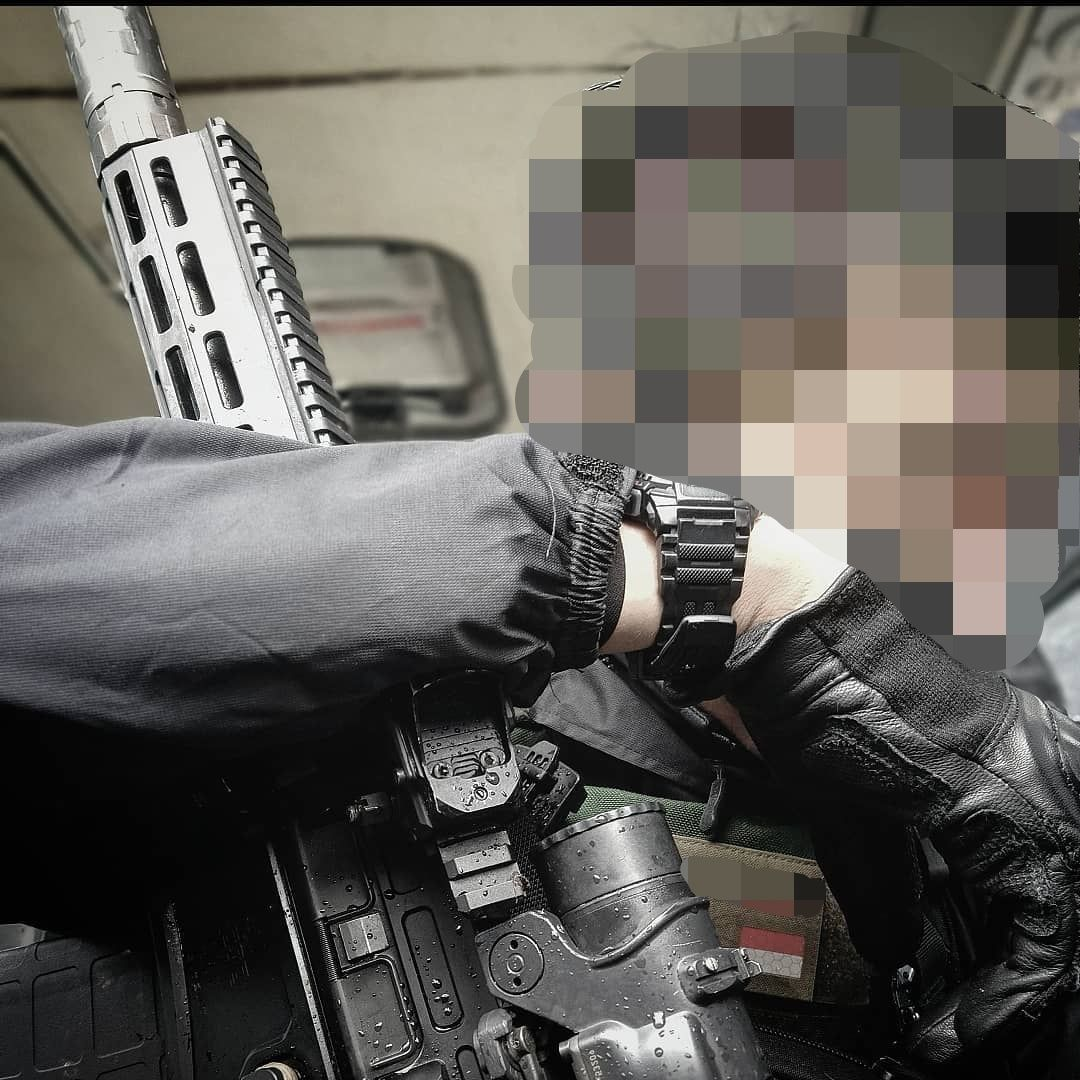 A close look of the rifle. Note the SilencerCo’s SAKER suppressor and both Elcan Scope and Trijicon RMR sight 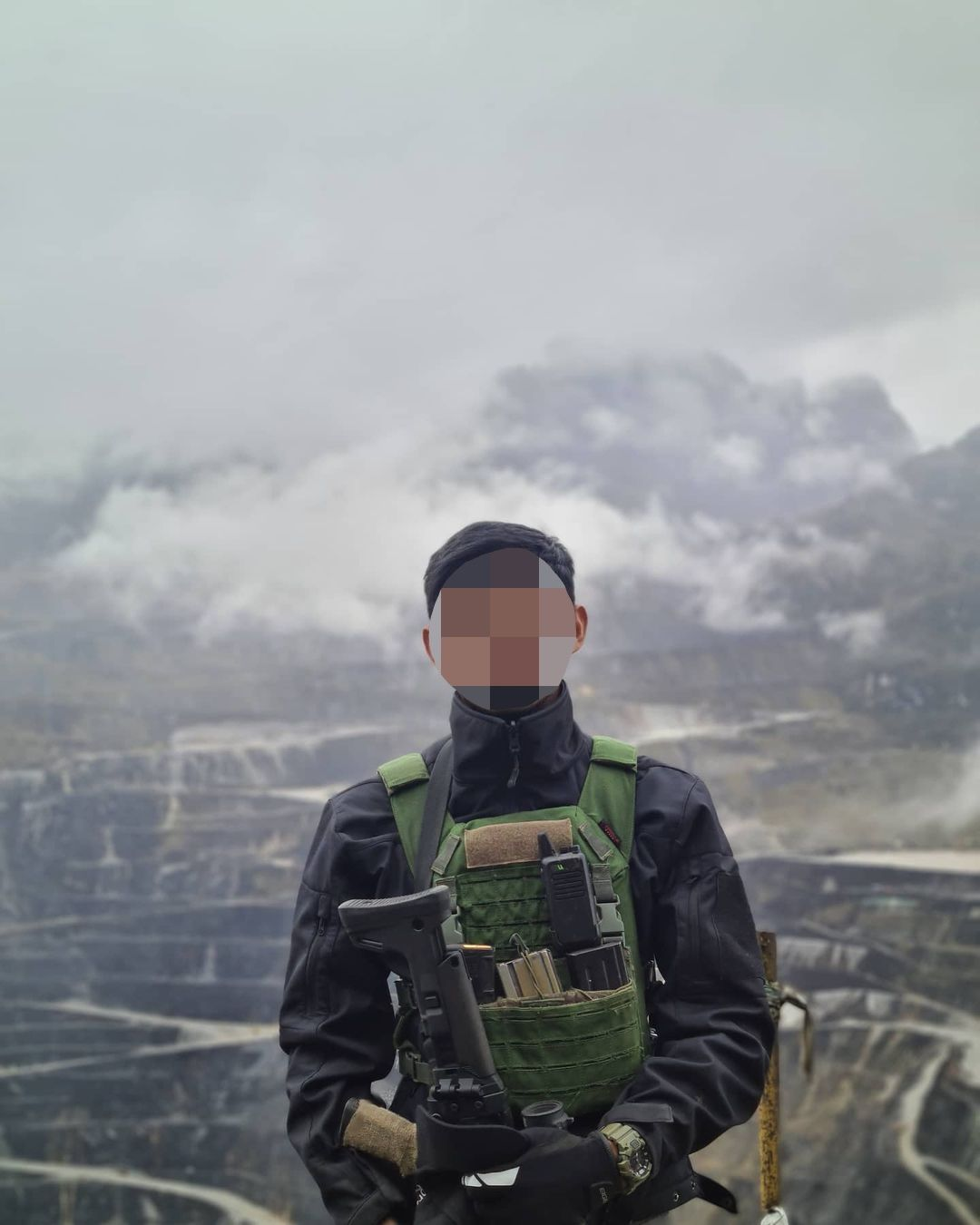 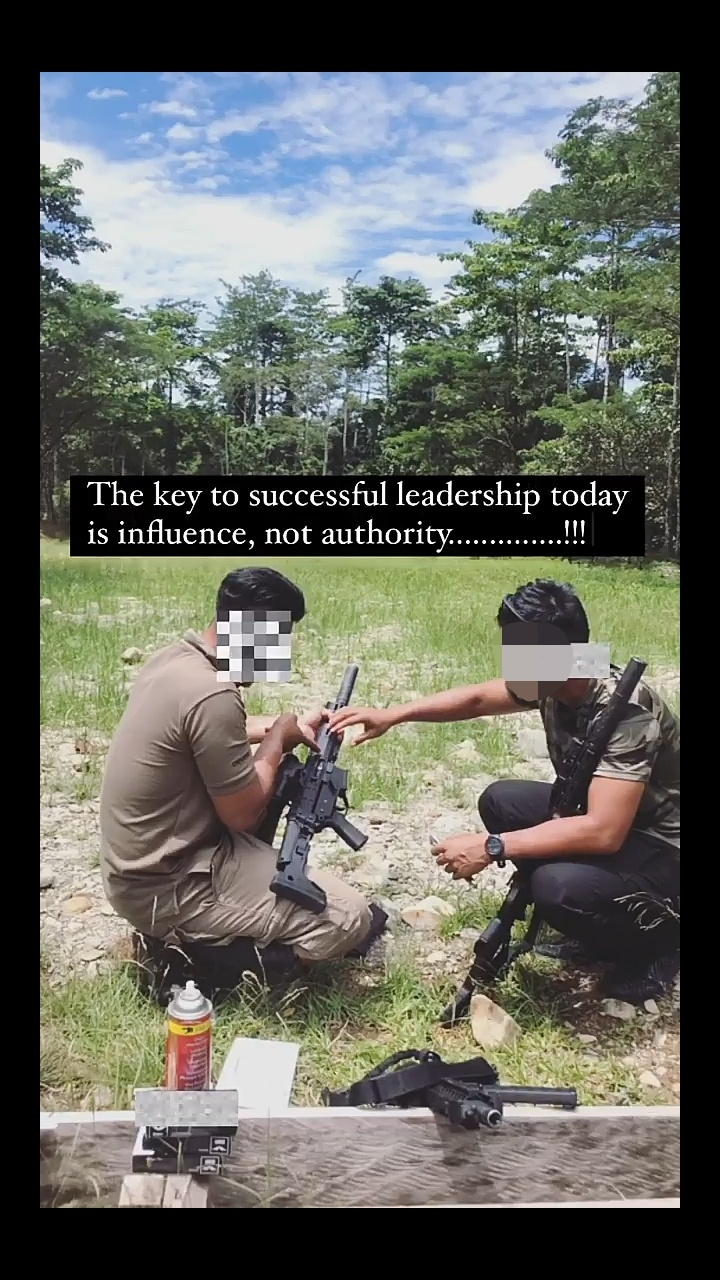 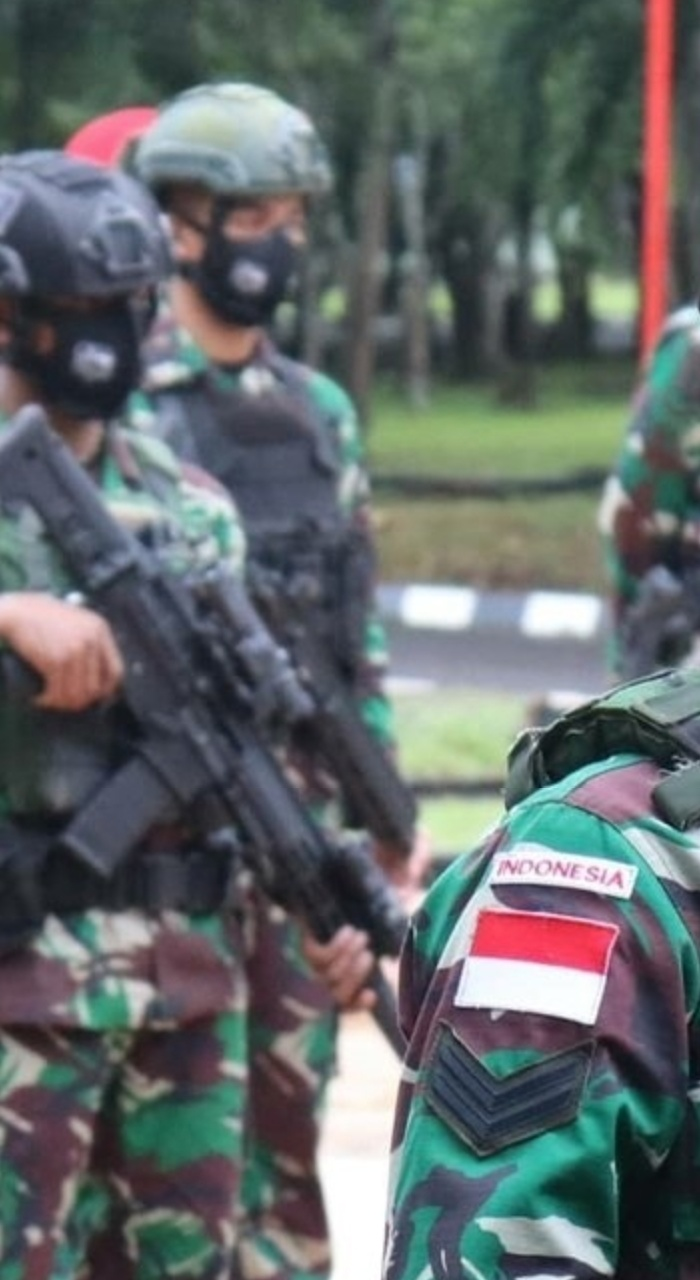 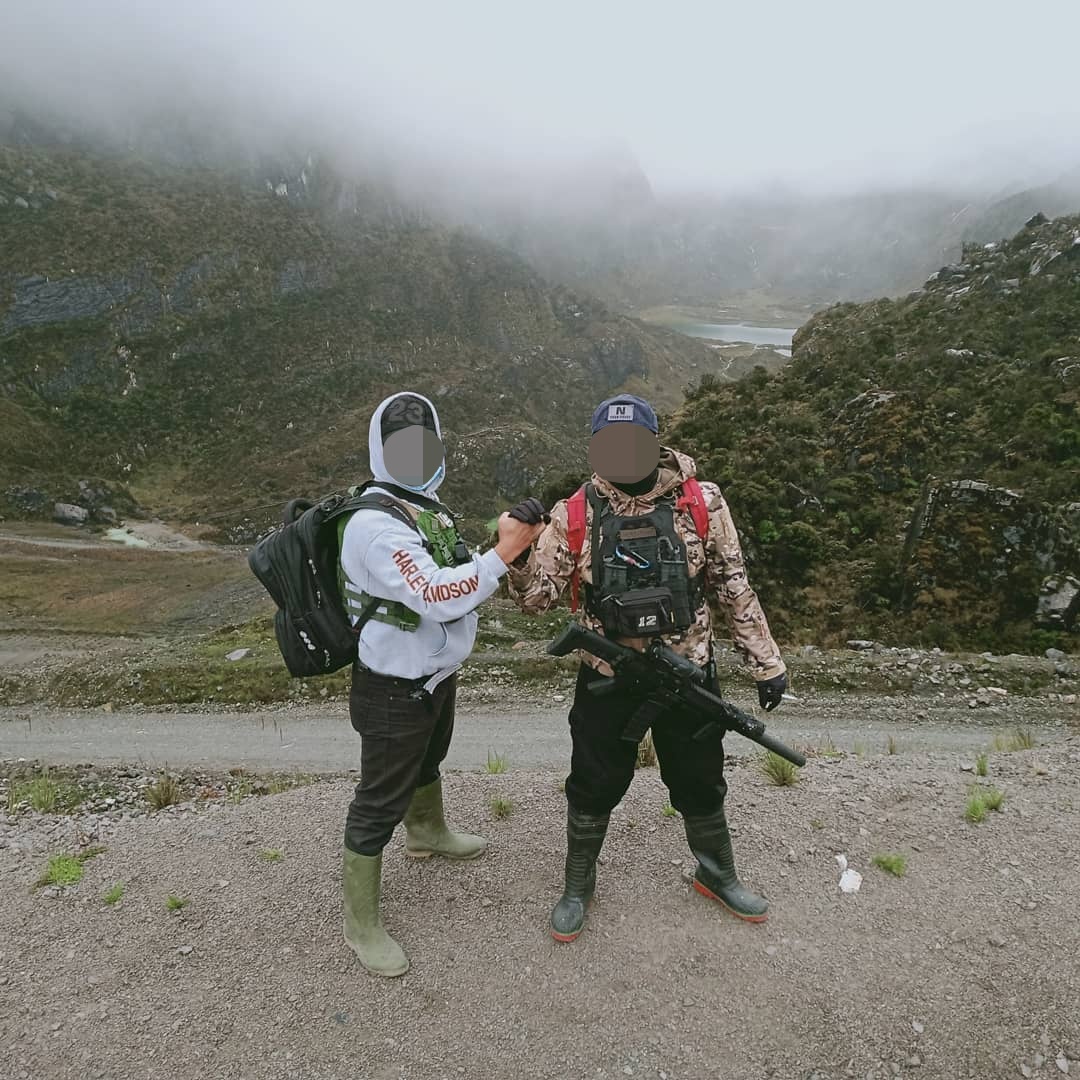 Kopassus SOF on the right armed with APTUS (AMG) rifle fitted with Elcan Scope, MAWL IR Laser, 40 round magazine, foregrip, and SilencerCo’s SAKER suppressor. Picture was taken at Grasberg Mine in Papua 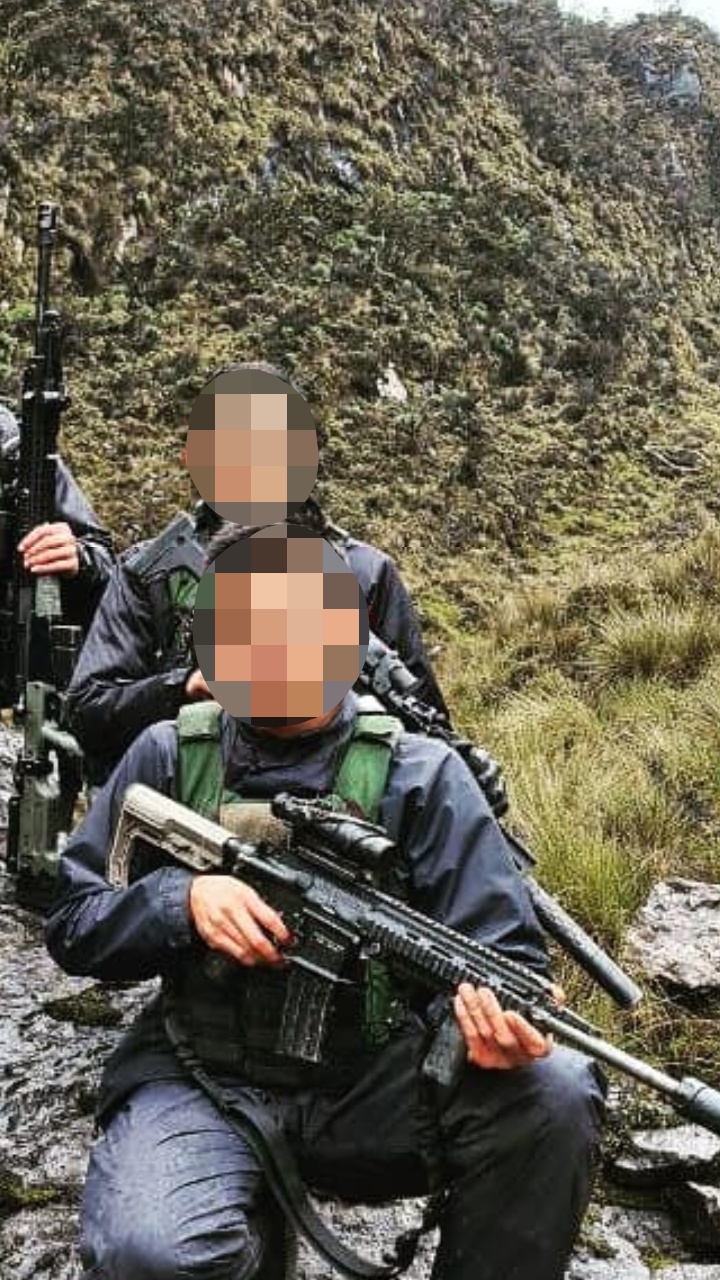 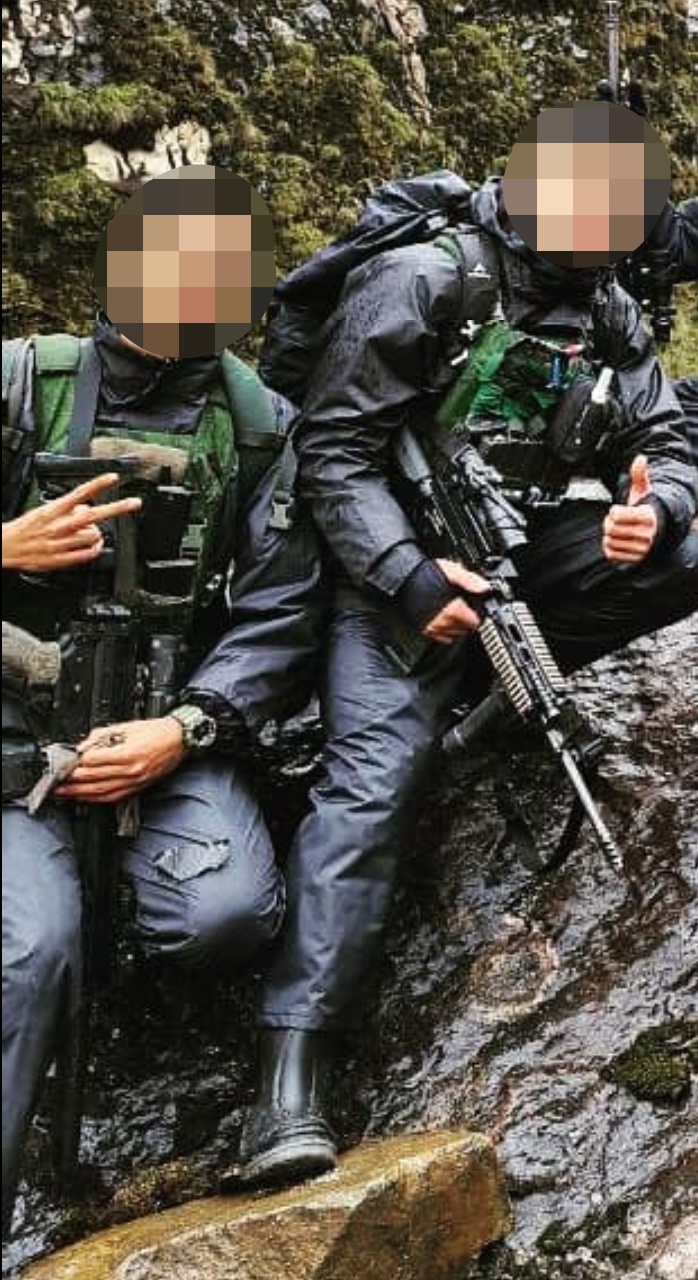 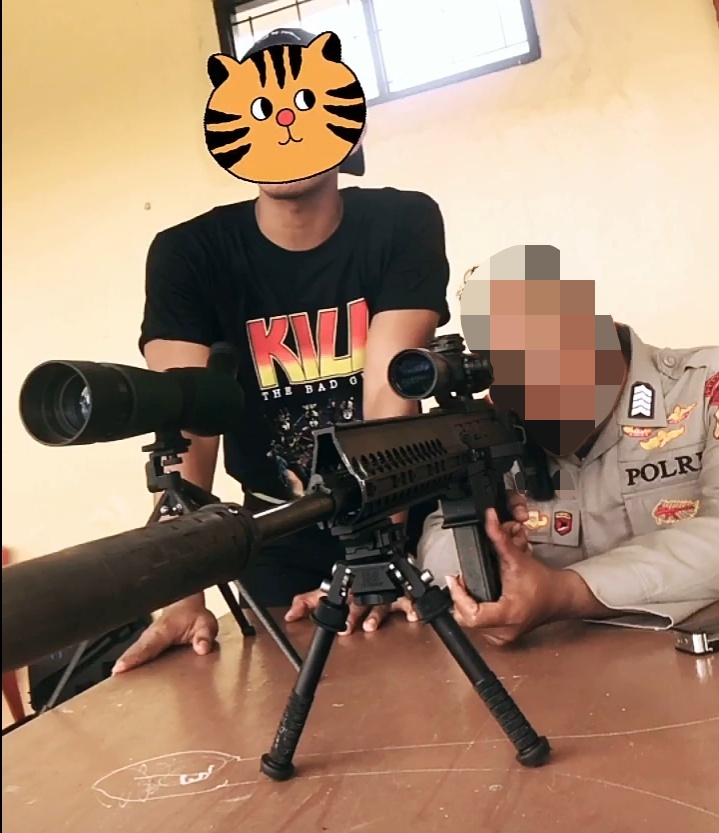 Member of Kopassus (left) with Indonesian policeman inspecting what appears to be a 20 inch barrel DRD Tactical PARATUS rifle. The rifle is fitted with a US Optics B-10 1.8-10×40 mm Scope, 20 round magazine, B&T Atlas PSR Bipod, and SilencerCo’s SAKER suppressor. 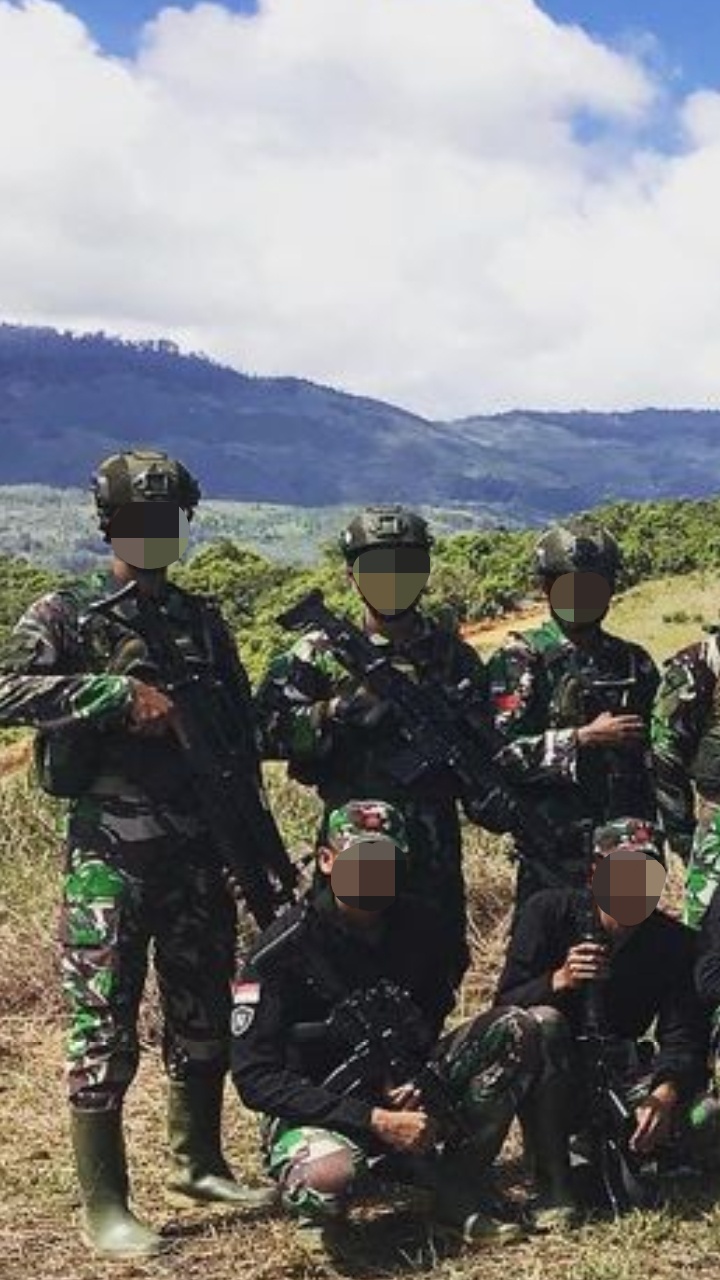 Kopassus SOF (middle) armed with a PARATUS rifle while on duty in Papua. The magazine curve and the scope is fairly noticeable 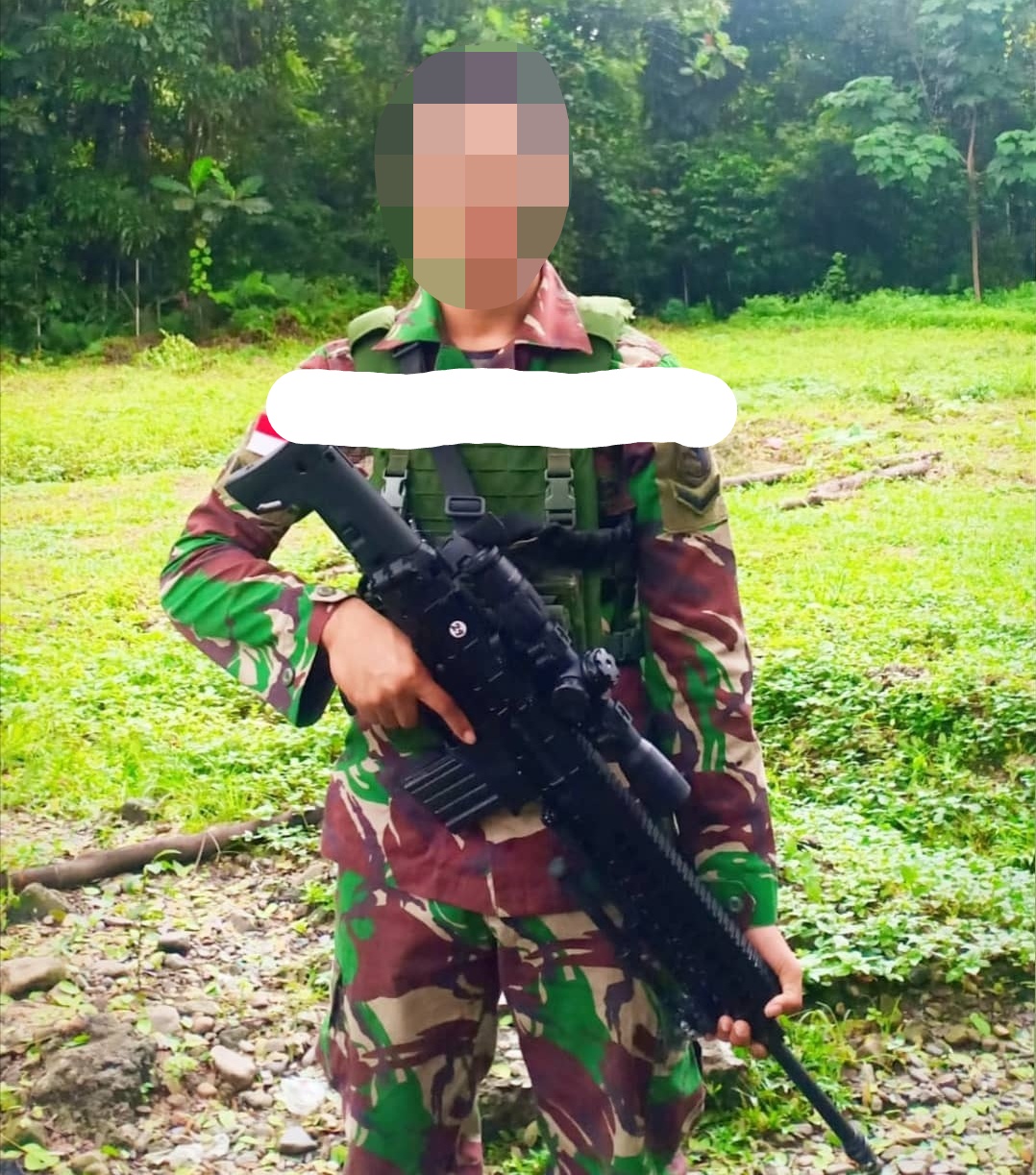 Another clear shot of Kopassus SOF holding a 20 inch barrel PARATUS rifle fitted with US Optics B-10 1.8-10×40 mm Scope and Atlas PSR Bipod 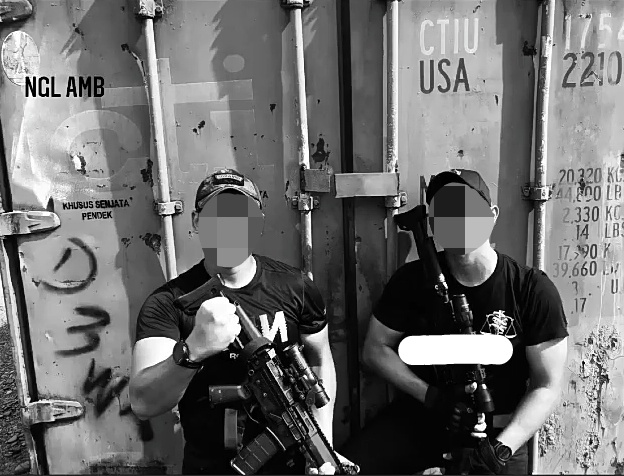 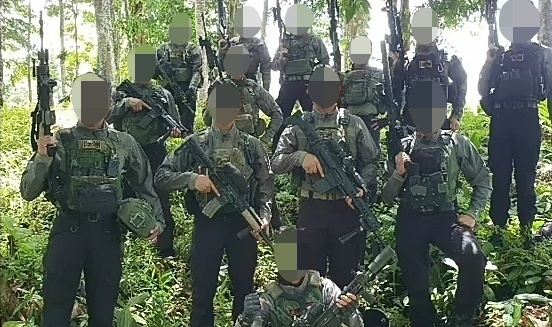 Kopassus SOF (middle) armed with a 20 Inch barrel PARATUS rifle with the same attachments as in the previous picture.

Apart from the pictures, we also found a video in which the Kopassus SOF member tries the APTUS (AMG) rifle in the shooting range. The video can be watched here 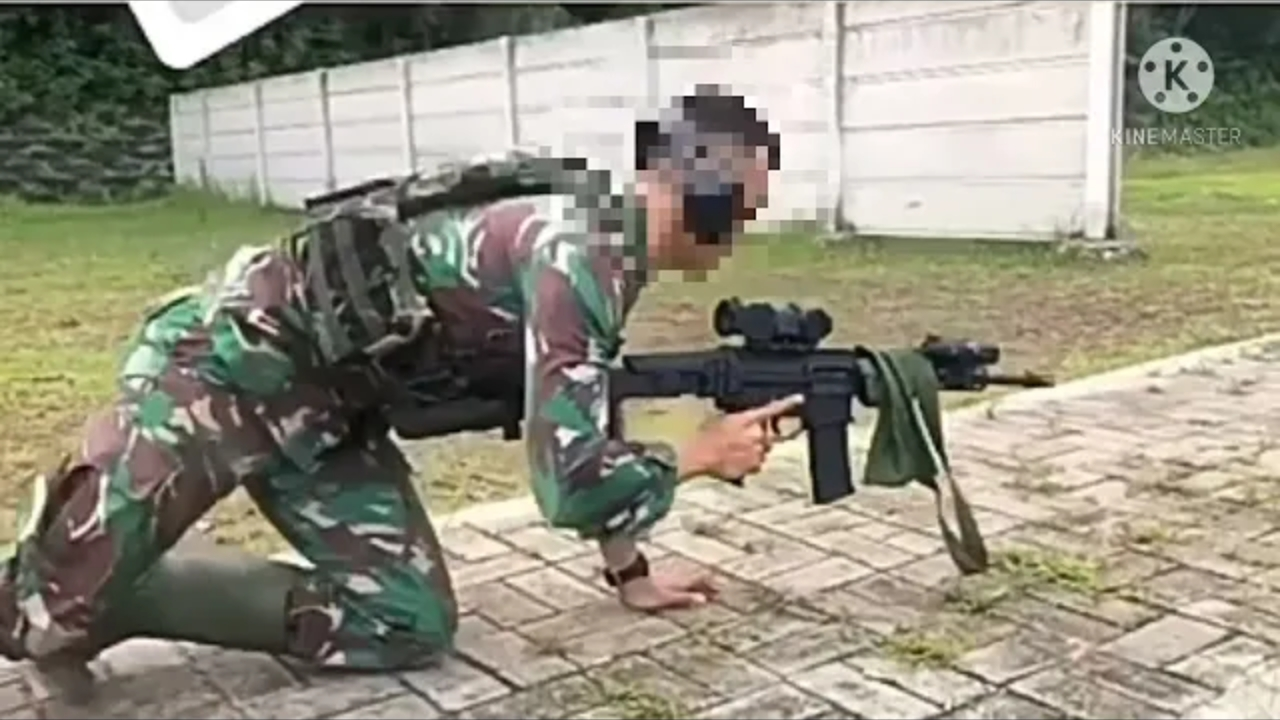 Now we all know the country beyond the term “US ally in Asia”. The country that uses these two weapons outside the United States is obviously Indonesia, and the weapon is mainly used by Kopassus or Indonesian special forces. The existence of these two rifles are barely seen because Kopassus is usually armed with Pindad SS2, HK 416, SIG Sauer 516, Ares Defence MCR, MP7, and AX308 most of the time based on researcher observation through personal accounts. Hence, it is hard and time consuming to search for an APTUS and PARATUS rifle. It is not yet known how many rifles Indonesia has purchased. But it is believed that once the rifles arrived here, They were already in use, and Kopassus has been using them until today.